Short stories all the way down

Even the most particular teen reader won't be able to resist the varied charms of these YA anthologies.

A Phoenix First Must Burn

Give this to a reader who believes in possibilities as boundless as their own imagination.

A Phoenix First Must Burn: Sixteen Stories of Black Girl Magic, Resistance, and Hope opens with a story of fresh beginnings, in which time-traveling Black girls become gods, and closes with a story of Black girls choosing their own destinies. All 16 of these tales feature fantastical universes, futuristic technologies and magic beneath the surface of our world.

From Elizabeth Acevedo’s poetic “Gilded” to the modern vampire tale “Letting the Right One In” by the collection’s editor, Patrice Caldwell, the stories provide space for Black girls to exist in their own narratives and explore what it means to seek peace in a world that perceives you as an enemy. A standout is Charlotte Nicole Davis’ “All the Time in the World,” in which Jordan learns that her neighborhood’s contaminated water supply has given her the power to stop time. At a time when Flint, Michigan, has been without clean water for more than a decade, Davis reminds young readers of the strength to be found when hope seems lost.

This collection pulls no punches. You’ll find yourself holding your breath between cheers for each and every one of these girls. 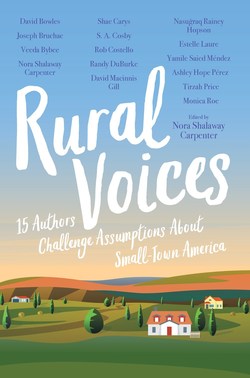 Give this to a reader who presses their nose to the window of every car, train and plane they ride in.

In S.A. Cosby’s “Whiskey and Champagne,” Juke uses his knack for murder mysteries to help his dad out of a sticky situation. A mysterious creature creeps around an Alaska cabin as a young trapper tries to stay calm in Inupiaq author Nasuġraq Rainey Hopson’s “The Cabin.” And in David Bowles’ “A Border Kid Comes of Age,” a bisexual Texas boy fights for his family to accept not only himself but also his uncle Samuel, who is gay.

Monica M. Roe’s engrossing “The (Unhealthy) Breakfast Club” is one of the collection’s strongest offerings. Its carpooling teens have little in common besides their private school scholarships. Narrator Gracie captures a slice of life as she and her crew bond over the stereotypes they confront each day. Roe depicts ordinary realities, such as relying on the nearest McDonald’s for the fastest Wi-Fi, and brings together a group of misfits to root for.

Rural Voices reveals how generalizations fail us, proving there is no such thing as a single rural American narrative. 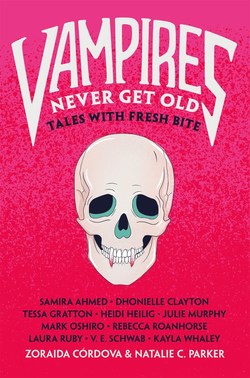 Give this to a reader who loves to fall under the thrall of a great supernatural story.

Vampires Never Get Old: Tales With Fresh Bite is sure to start a new craze for YA’s favorite fanged phenoms. These 11 stories preserve traditional undead lore while giving bloodsucking tropes a much-needed inclusivity makeover. The diverse teen vamps in this collection all share a common denominator: trying to survive their eternal adolescence.

Samira Ahmed’s “A Guidebook for the Newly Sired Desi Vampire” takes the form of an acerbic advice column (“What should you eat? Your colonizer.”) to offer a thoughtful treatise on the geopolitical ramifications of British rule. As haunting as it is beautiful, Heidi Heilig’s “The Boy and the Bell” tells the story of a trans boy who digs up the wrong body in an old graveyard. And worth the price of admission is Victoria “V. E.” Schwab’s “First Kill,” which has already received a limited series order from Netflix. It’s a game of cat and mouse in which both cat and mouse have the hots for one another. Juliette, a vampire who hasn’t yet experienced her first kill, is crushing on transfer student Calliope. Juliette’s bloodlust combines with that classic teen party game, 60 seconds in a closet, to create a powder keg of emotion. 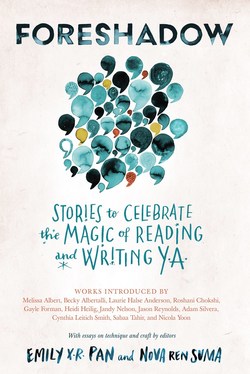 Give this to a reader who wants to dig deeply into the craft of storytelling.

Created by Emily X.R. Pan and Nova Ren Suma, Foreshadow: Stories to Celebrate the Magic of Reading and Writing YA grew out of an online initiative to showcase new and underrepresented voices. Established YA authors such as Jason Reynolds and Sabaa Tahir introduce 13 stories by emerging writers, and throughout the collection, playful experimentation alternates with contemporary takes on familiar formats.

Linda Cheng’s “Sweetmeats,” which Heidi Heilig calls “‘Hansel and Gretel’ flavored with Guillermo del Toro and a dash of Miyazaki,” exemplifies the creativity on display in every story here. Ever since friends Mei and Marlie were led astray by a witch bearing chocolate soufflé and blackberry soda, Mei’s hunger has been insatiable. Parental pressure, a bully’s cruel pranks and Marlie’s increasingly disturbing behavior culminate in a night when power dynamics are upended and truths are revealed. Each tale ends with an author’s note that discusses an element of the writing craft, and exercises invite readers to create and refine their own stories. 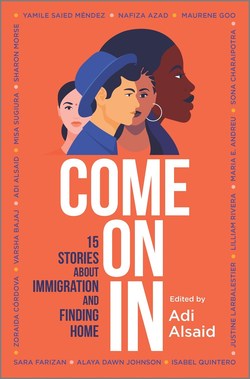 Give this to a reader who would walk a mile in someone else's shoes every day if they could.

In Come On In: 15 Stories About Immigration and Finding Home, editor Adi Alsaid (himself a bestselling YA author) has created an anthology worthy of the blurb on its cover: “The immigration story is not a single story.” The characters in these stories have connections to countries including Australia, Japan, India, the United Kingdom and more, while all of the contributing authors have been touched by immigration in some way. As they capture both the experiences of children of first-generation immigrants as well as the bittersweet journey of leaving one’s own country, the stories give readers a dynamic, kaleidoscopic view of what it’s like to feel displaced from home—or displaced at home.

One of the most stirring stories is Nafiza Azad’s opener, “All the Colors of Goodbye,” which follows a teen girl as she recounts the many goodbyes she must say before she and her parents leave her home country of Fiji for what her father hopes will be a brighter future in Canada. In vivid prose, Azad depicts the girl’s heartbreak at leaving behind not only her extended family and friends, but also small, ordinary aspects of life in a country she loves and in a place that has shaped her as a person. It’s a love letter to the idea of home and a testament to the power this idea holds in our lives. 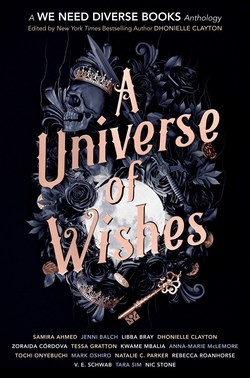 A Universe of Wishes

Give this to a reader who knows that the power of magic is inside of everyone.

The 15 fantasy stories in A Universe of Wishes are all powerful, thought-provoking and inclusive. Edited by Dhonielle Clayton (The Belles), A Universe of Wishes was created in partnership with We Need Diverse Books, a nonprofit organization that advocates for diversity in young people’s literature. It features the imaginings of popular writers including Kwame Mbalia, Anna-Marie McLemore and Nic Stone, alongside a story by Jenni Balch, the winner of a WNDB writing contest.

The stories here reflect a wide range of styles and fantasy subgenres, from climate fiction to romance to fairy tale re-imaginings. Fans of authors V.E. Schwab (A Darker Shade of Magic) and Libba Bray (A Great and Terrible Beauty) will be thrilled to discover new tales set in the fictional worlds of their bestselling trilogies.

Among the collection’s most moving stories is Tochi Onyebuchi’s “Habibi,” an epistolary chronicle of the unlikely connection between a boy from Long Beach, California, and a boy from Gaza. Using only the power of words, the two give each other hope for a future beyond their own horrifying present realities. “Habibi” exemplifies what lies at the heart of every story in this anthology: the wonder that awaits us when we celebrate our differences and recognize the beauty in one another.